I’m going to use my new favorite word: microcosm. I think that his disconnection or lack of awareness is a microcosm of the nation’s way of going through life. I hope I used the word properly. I live in a nation (I say nation LOOSELY) where a vast majority of people are blind to many truths. I don’t know if it’s a self imposed blinder being put up, unfiltered ignorance because of genetics or a sheepish mentality where they only believe what’s presented to them and they feel no further individual research is needed on the matter. When did the “but whhhy” — that ALL kids let out as a response to damn near everything — stop becoming a part of the average adult’s vocabulary? It’s interesting that some things that are said, repeatedly over the course of any given time, can somehow become truths; while other things are constantly up for debate. Police brutality against people of color has been an issues for twice as long as I have been alive. The plain’ol beat a nigga mentality has been part of America since day zero. Yet, somehow, the person on the receiving end of the ass whooping is reasonable for ensuring the ass whooping doesn’t happen again by altering his/her lifestyle. 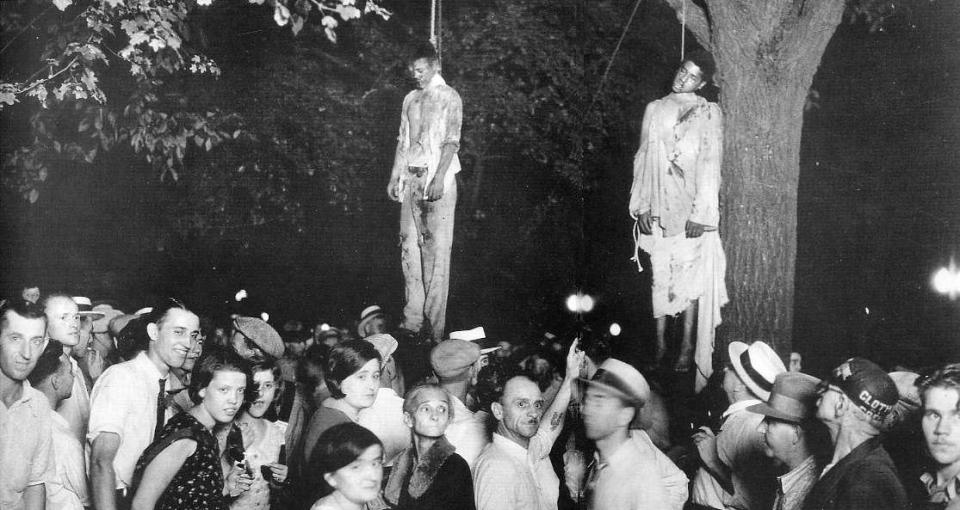 Looks like his pants are around his waist. This is from 1930. White people always did love a good show.

I’m going to tie the S.S. Rape Culture boat to this doc. How many times have women been told, and argued against, the statement “well, if you weren’t dressed like that…”? Countless, right? It’s a silly statement that attempts to free the rapist from being responsible for his/her crime. Making oneself less of victim does not remove the criminal act from existence. So, when I keep seeing shit said along the lines of “they need to pull their pants up, cops won’t mess with them” or “how are they going to respect our lives if we don’t respect…”, I’m baffled. Has anybody EVER gotten fucked with — be it a bully, cop, you name the asshole — and thought next time I’m just going to do this and I’m sure they won’t bother me…? Doubt it. Unless that thought was let me not be around HERE anymore. Now, if that’s an idea of a solution from someone who only witnesses foul shit occur, and is never on the receiving end, then I ask this: Where are black men suppose to go? Is there a safe haven for the black American male on this planet?